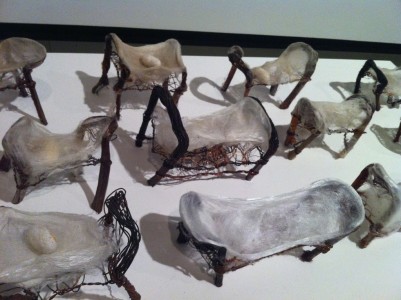 36 Hours  is a detailed account of a man’s last day.

The man, my late husband, died at home, just short of a year after a diagnosis of lung cancer.

I began writing the book during my MA in Creative and Life Writing at Goldsmiths. It didn’t emerge until the summer term of the first year of the programme. I’d skirted around the topic, writing various pieces of fiction that felt like playing in the dressing-up box. As in, they weren’t really me, the language was not quite my own voice.

It was a Sunday afternoon in late March, around the anniversary of the death. I was sitting on the sofa looking down the hallway towards the front door. Memories flooded in, I picked up my laptop, and began to write.

I was almost a bystander in the process, observing myself with interest. It was six years since my husband’s death, and it had taken that long for me to reach a point where the experience permitted itself to be written. I’m not entirely sure why, given a long habit of keeping a journal, other than this was a different approach altogether – a clear and deliberate intention to write a complete work with a strong narrative structure.

The words tumbled out with urgency, each sentence making visible an interior experience of loss that until then had been hidden.

The form emerged spontaneously: writing in the first person present tense. The effect was to drop the reader unambiguously into the scene where the day could unfold without the distancing effect of third person and back story.

I wanted to convey the intense feeling of claustrophobia I experienced – being isolated at home as a carer, knowing what the outcome would be, but not knowing exactly when or how.

As the work progressed, the narrative began to organise itself into hourly blocks, as I worked my way through 36-hours, beginning at 6am on the Monday and ending at 6pm on the Tuesday. The effect for me was an unfolding of memory – re-living each hour in vivid detail.

I shared the opening two hours with my MA workshop group and was moved and pleased by its reception. For the first time, I felt I’d found and shared my authentic voice. The work is an intensely personal and intimate account, which might be cause for holding back when sharing with strangers. Yet it felt liberating – bearing witness to my lived experience.

I completed the work during the second year of the MA, benefitting from a weekly life-writing workshop with Blake Morrison. The feedback and suggestions helped me shape and hone the structure and bring even more authenticity to the narrator (aka me).

The therapeutic impact of life-writing has been profound. When I weighed the printed, hard-bound manuscript in my hands, my MA thesis submission, with the title printed in gold along the spine, I thought ‘There. It’s out. I don’t have to carry it around in my head anymore.’ That’s not to say that I miraculously ‘got over’ my husband’s death, but rather, that I could permit myself to set it aside when the burden was too much to carry. The book became a container for my lived experience, something I could refer to if I wanted to, like one might pull a photo album from the shelf. The act of committing memory to text allowed me to reclaim some of the interior mind-space that had previously been swallowed-up.

This is why life-writing is so interesting to me – of course, I want the work to have merit ‘as writing’, but also the processes is philosophically and therapeutically potent. It reveals something of the human condition through an account of a particular moment, allowing the reader to bear witness to the writer’s experience.

Returning to the image at the top of the post, in Chinese conceptual artist Liang Shaoji’s work ‘the silkworm symbolises generosity, and its silken thread is emblematic of human life and history. Many of his sculptures consist of objects, such as the wire cots in Beds/Nature Series No. 10, around which silkworms have spun their cocoons’. Exhibited as part of Art of Change – New Directions from China, at the Haywood Gallery in 2012. I am strongly drawn to the literal, lyrical and metaphorical possibilities of threads, spinning, weaving, and mark making as a way into untangling, unravelling and revealing lived experience.

A series of blog posts about my journey through my Arts Council England Developing Your Creative Practice project.